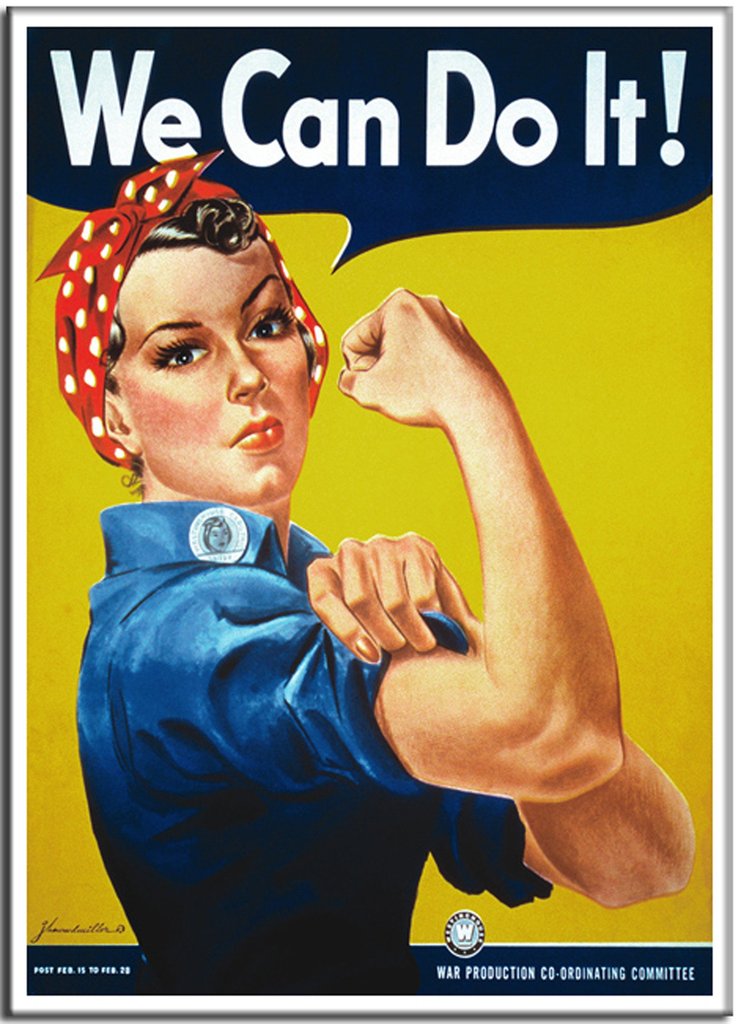 I stared down at my notebook with my pencil pressed firmly on the paper. Where do I start? Why am I writing this? I glance at the voting envelope next to me on the table. I hear the news on the TV in the background talking about healthcare, the #METOO movement, and other politics. My eyes then drift to the pictures of happy couples and families that I know all around me as I write. Who am I? Who were we as women? Who are we now?

I ask myself these questions often especially of late. I am a woman. I am not married. I do not have any children. I work and pay my bills. I am independent and live a full and happy life. I was married and had tried to have children at one point, but it wasn’t what life had planned for me. So who am I? Who were we? Who are we now?

I grew up in a small industrial, blue-collar town. I now live in a very progressive and liberal area of the country at the moment. When I travel around the country for my job the ideals and opinions of “a woman” drastically change from place to place. Between my upbringing and my progression through life, the messages would regularly contradict themselves: 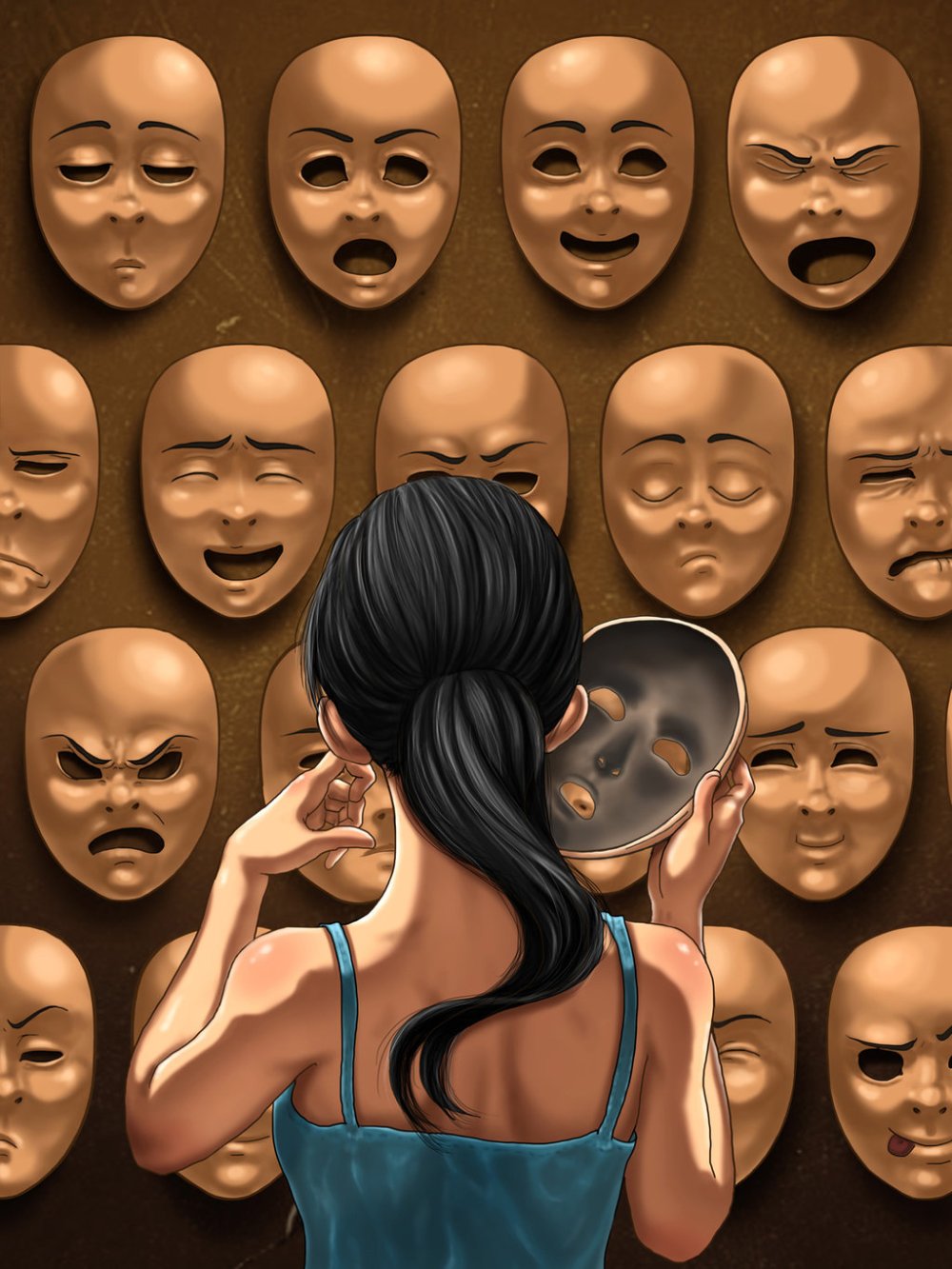 “Be a princess and find your prince. Be sweet and pretty. Be obedient and respectful of your husband. Don’t let anyone control you or tell you what to do. Be demure and proper. Be chaste and modest. Don’t be such a girl. Fit in with the boys. Don’t be a bitch. Be tough and independent. Don’t be emotional. Don’t be such a prude. You can do anything you put your mind to. Don’t work here or there it is too dangerous for a girl. Be educated and prepared for life. Don’t rely on anyone you must learn how to take care of yourself to survive. Don’t speak out of turn or come across as a know-it-all or be too loud or boisterous. Puff up your lips. Stick out your ass. Push your cleavage together. You’re lucky you’re attractive you can get anything you want from men in life. If your not pretty enough no one will want you. Be funny but not too weird. Don’t cheat or be unfaithful, but look the other way when men do it that is just their nature. Don’t be promiscuous, but ignore it when men do it they can get away with that. Don’t be a slut it will ruin your reputation. If you don’t sexually please a man, he will leave you. Be organized, efficient, successful, but when you get married let your husband take the reigns. Give your partner a child. If you get pregnant, a man will take care of you. If he cheats on you or leaves you with a baby rob him for all he’s got. Don’t be a gold digger. Say no to sex if it is not ok with you, but if someone takes it without consent was it your fault? What were you wearing? What did you say to him to make him want it? If that man got you pregnant, you must keep it, or you are a monster. Don’t be a doormat, but if he controls you or beats you, it is your own fault for not getting away from him. Be a leader, but women do not make good leaders.” 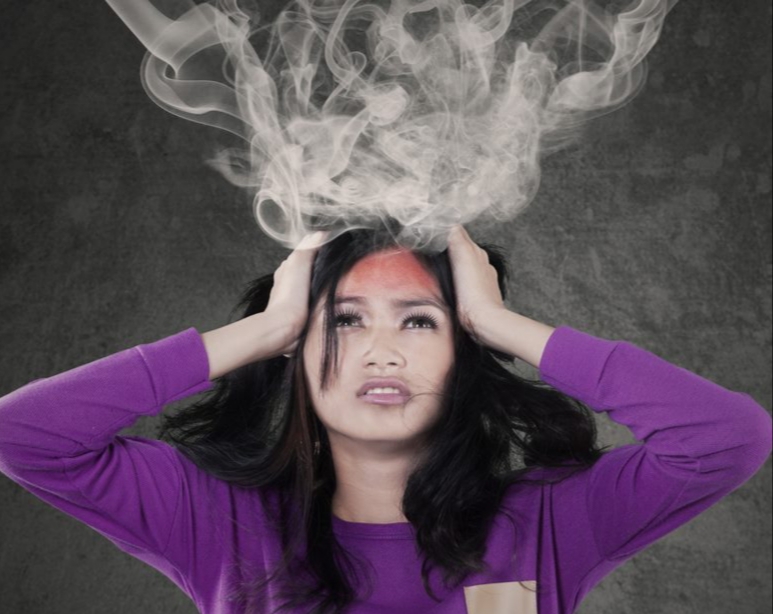 Is your mind spinning? I know mine is. It has been for a long time. So, my point after this long drawn out cyclone of confusing statements is: Who are we as women? Who were we? Who are we trying to become?

I was making myself so crazy with these questions that my only option was to write about it. I wanted to write a piece from my perspective as a 35-year-old, white female living in the 21st century. I am not a historian, a politician, or a psychologist. I am merely writing a piece based on the information around me every day and through my own personal experiences. It will be a multi-part piece.

I plan on writing briefly about some of the history revolving around women and where we are today. I plan on writing about dating, sex, physical differences, roles, healthcare, and the professional setting, family planning and decisions, the effect our growing independence as women is or is not having on men today. It will be raw and uncensored. It will be uncomfortable for some and inspiring for others. 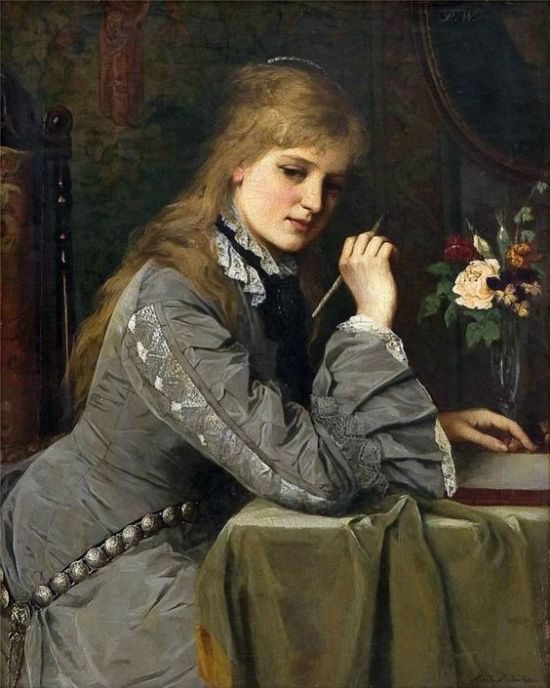 I also want to apologize in advance because I will be making references and comparisons between race and gender discrimination to help illustrate some of my points. In no way could I ever equally compare the injustices and atrocities done to certain races with that of any actions toward a white woman especially today, but at certain points in history the discriminations do closely mimic each other. So, in short, I am saying pre-emptively that I mean no offense and hope my words are not taken that way.

I also want to acknowledge the fact that I am a straight female. I can only write this piece passionately and thoroughly speaking from my own perspective. I could never attempt to try to analyze dating, sexual behaviors, roles, or even certain discriminations from any other viewpoint than a straight female because that is who I am. I wanted to state that so those of you in the LGBTQIA+ communities did not feel that I purposefully excluded you from this piece.

As I was doing research for this piece, I would tend to ask women and men their thoughts on some of these topics and what they thought about me writing it. Some had very positive things to say on the subject, and others had a lot of negative opinions. Most of the positive statements made sense to me and coincided with my own current thinking the last few years. The negative though was curious to me. Many of them were women? They would get defensive and argumentative claiming they were happy with the way things are and that “feminists” keep trying to stir things up and ruin everything. 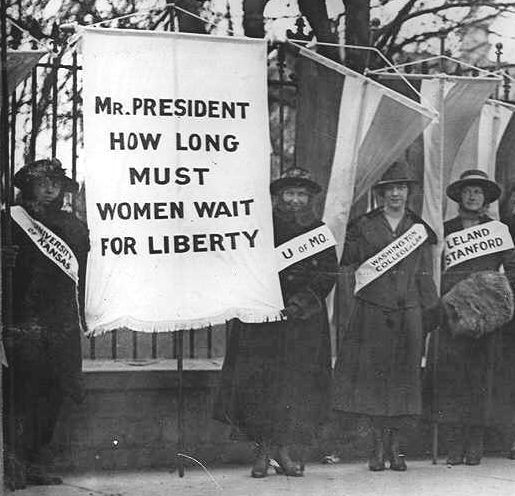 Was I a feminist? Some say that word as if it is a curse word. For a long time, growing up, I saw it as a curse word. Later I became proud of that word. It empowered me and inspired me. I look into history at heroic stands against government and oppressors by women and think – “feminist.” I think of the “bra-burners” of the 60’s and 70’s and how they changed the world for me and my life for the better today. They were “feminists.” I think of the women who starved and died to grant us the freedom to have a voice and vote. I think of them with the utmost gratitude and reverence. They were “feminists.” So, why is being a feminist such an awful word especially by other women?? I needed to know more. I needed to figure this out because it was just another piece to the mind spinning cyclone of what it means to be a woman today?

I watched a comedy special once that a friend recommended to me. The comedian’s name was Ali Wong. (Side note for the rest of this statement- I have no issues with Ali Wong or her stand up comedy) 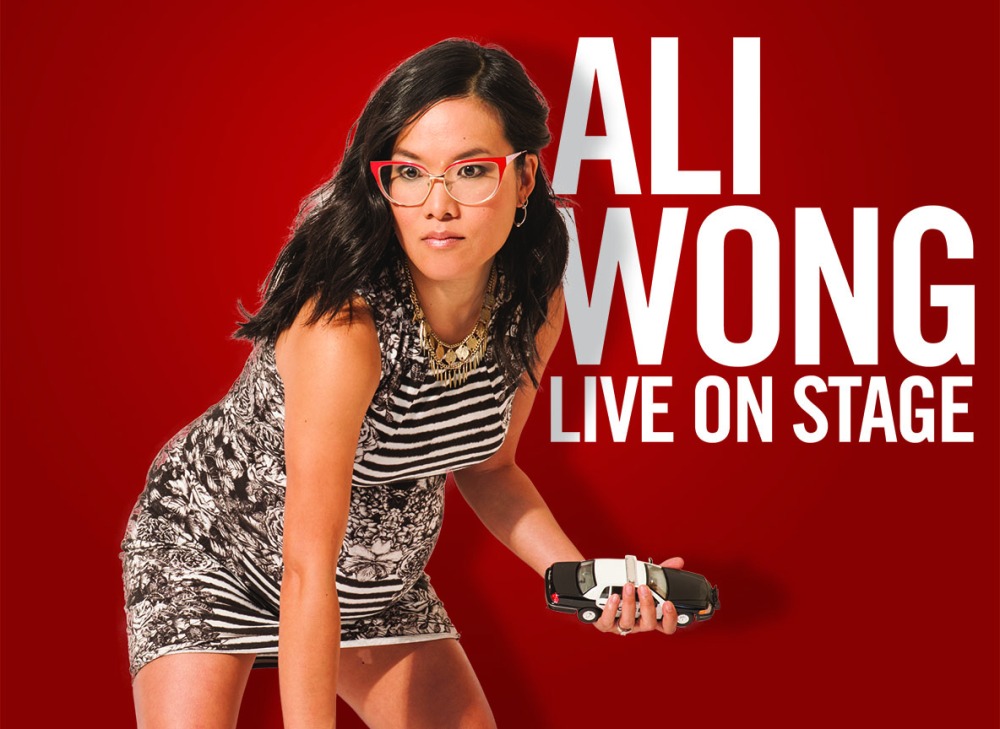 Growing up on the East Coast I grew up around a less sensitive culture. A comedy was a comedy, and a joke was a joke. “Don’t take things too seriously. You have to be able to laugh at yourself” was a common expression there. I always go into watching a comedy special with that mindset, but this time was different.

Ali Wong had made a joke about feminists screwing everything up. She talked about how it’s nice to be a woman and stay at home and sit around and eat bonbons and watch daytime TV while someone takes care of you. She goes on to say (speaking about the feminists) “Shut Up!! Just Shut Up!!” I smirked a bit because it was a comedy bit, but it just kept eating at me. Many women do want that life. I am sure there are men that want that life as well. I believe that the beauty of true freedom is being able to decide that exact thing for yourself. What life you want to live and then find a partner or choose not to find a partner to fulfill that wish.

I think the real reason why her joke bothered me so much was that she kept shouting for those feminists to “SHUT UP.” As a woman who admires the fighters in history, the loud, the boisterous, the protesters, the martyrs, the warriors, and the persistent; the sound of the words toward other women to “shut up” made me cringe. Am I crazy? Am I a fanatic? Why couldn’t I enjoy a comedy special like everyone else?

Later when I started watching documentaries and doing historical digging something popped up that froze the blood in my veins where I sat. It was on a documentary called “The Ascent of Woman” with Dr. Amanda Forman. I will talk a lot more about this quote and the documentary in the historical part of my piece. The words were from the Cone Laws from 2400BC. They are the first records of patriarchal law. 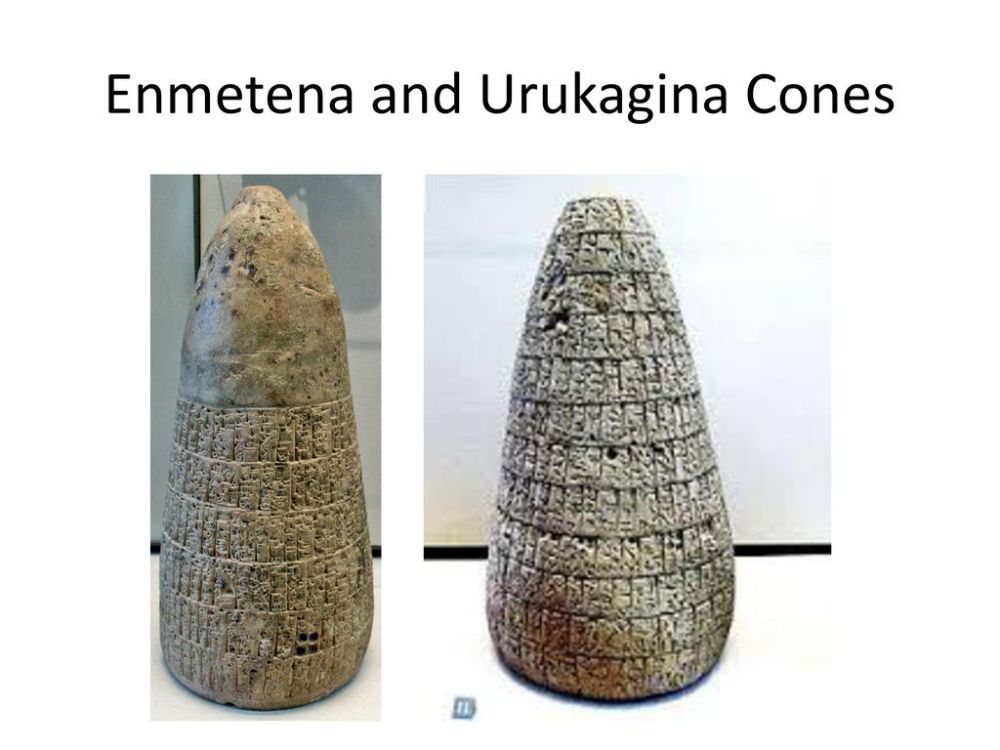 The words were: ” If a woman speaks out of turn, then her teeth will be smashed by a brick.” (Enmetena and Urukagina cones 2400 BC)

The rage boiled through me hearing these words not being able to imagine someone being legally allowed to do that to me, as a woman, for speaking out of turn. It made me overwhelmingly grateful for the freedom I do have today; to be able to speak my mind and not be punished for it. Those words empowered me to push even more to not be silent or afraid.

So, no, I am not a man-hater. I am not an extreme feminist trying to tell other women how to live or what to do. I am just a woman, a woman grateful for her present-day freedoms, enraged by the past, and hopeful for even more progress in the future. 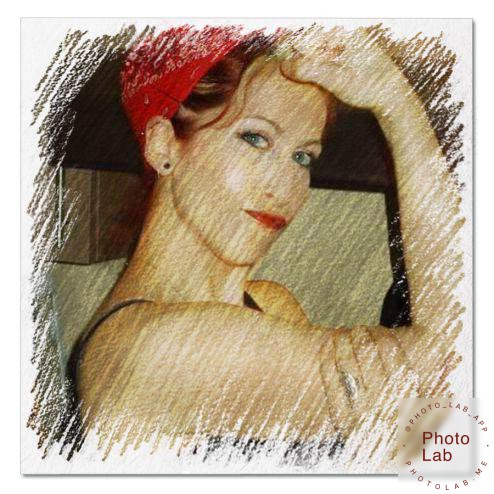 So go ahead and grab a brick because as they say:

Sending you all love and light,

**Special thank you to Lynzy Lab for making a song that includes so much of what a lot of women want to say today.

I am a writer, traveler and antevasin. I work in the operating room as a surgical technician. My job allows me to travel the country and take time in between jobs to travel the world. My life has been quite the roller coaster thus far, but I have had many incredible people help me along the way to grow stronger, and to become who I am today. I live everyday in gratitude for them and try to pay it forward to others. I hope to use my blog to inspire, inform, and help all those that I can in any way. So, if you dare, if you are curious, if you are interested in the crazy ramblings of a wandering and wild woman….I invite and welcome you to the unpredictable ride of ” Wild Antevasin”. View all posts by wildantevasin